To coincide with the 2014 Job Market Perspectives Report release, we are publishing a three-part blog series to highlight some of the information in the report. In part one, we discussed the 2007-2009 recession and what impact it had on the job market. In part two, we presented a brief recap of 2013. In the final installment of this blog series, we give you a “sneak peak” of what to expect in the 2014 job market.

The economic data from the previous six years painted a bleak picture for the job market. In every month from 2007-2009, thousands of American jobs were lost. In October of 2009, the national unemployment rate peaked at 10% — the highest since June of 1983.

But the upward trends of the last few years suggest light at the end of the tunnel. As of December 2013, the economy has added jobs in the thousands for 46 straight months. Economists agree that 2014’s economy will likely progress at a marginally faster pace then we saw in the last two years. Payrolls are expected to increase in a fashion much like we saw in 2013, with steady and consistent growth.

Despite only adding 74,000 new jobs in December 2013, the unemployment rate dropped to 6.7% — the lowest point since October of 2008.  While it’s possible the unemployment rate may tick back up, the majority of economic experts believe that the pace of hiring in 2014 will be about 200,000 jobs per month.

Americans have been waiting a long time for the economy to bounce back, but there are reasons to be optimistic about the future.  While it will take a number of years to see a return of pre-recession employment data, the consistent addition of 200,00 jobs per month will create stability in the U.S. job market. That stability, consistency and continuity will give companies the encouragement to increase their number of payrolls — creating more jobs for Americans.

Get your free copy of our 2014 Job Market Perspectives report for a clear view of what’s in store for the year’s economy. It includes up-to-date job sector data, regional unemployment snapshots, and insights from senior executives across the United States.

The pandemic has blurred the line between personal and professional life over the last 18 months, and in turn, mental illness has risen sharply. In a work setting, the symptoms of mental health problems can be complex and hard to pin down. We might have trouble getting motivated, avoid colleagues, become chaotic, or make mistakes that […] END_OF_DOCUMENT_TOKEN_TO_BE_REPLACED 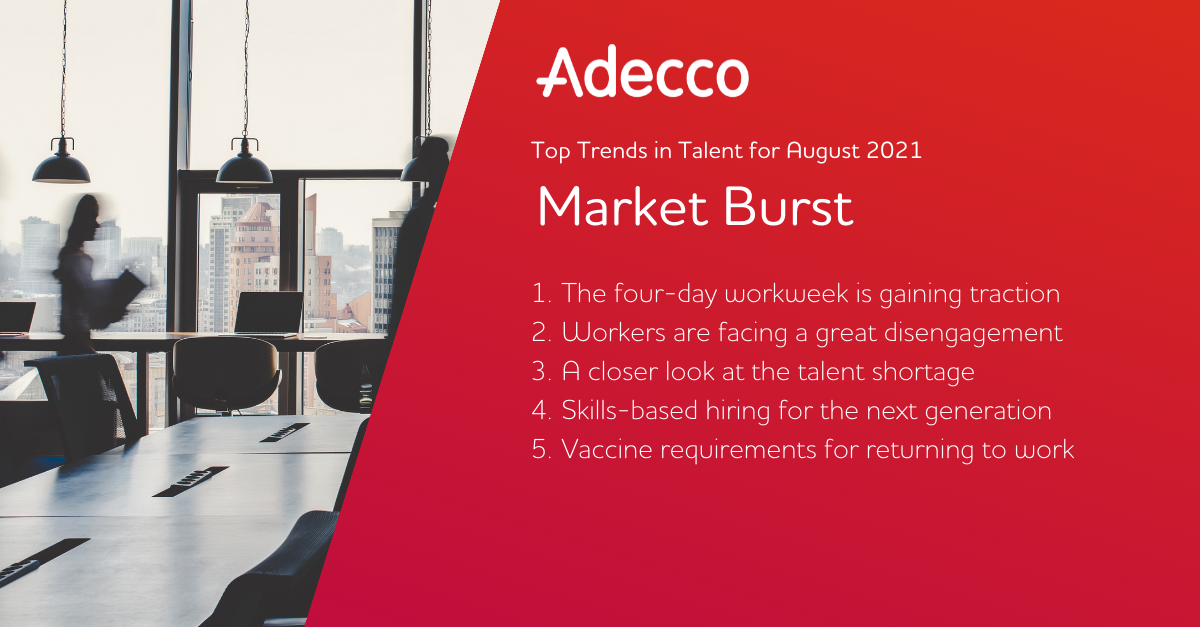