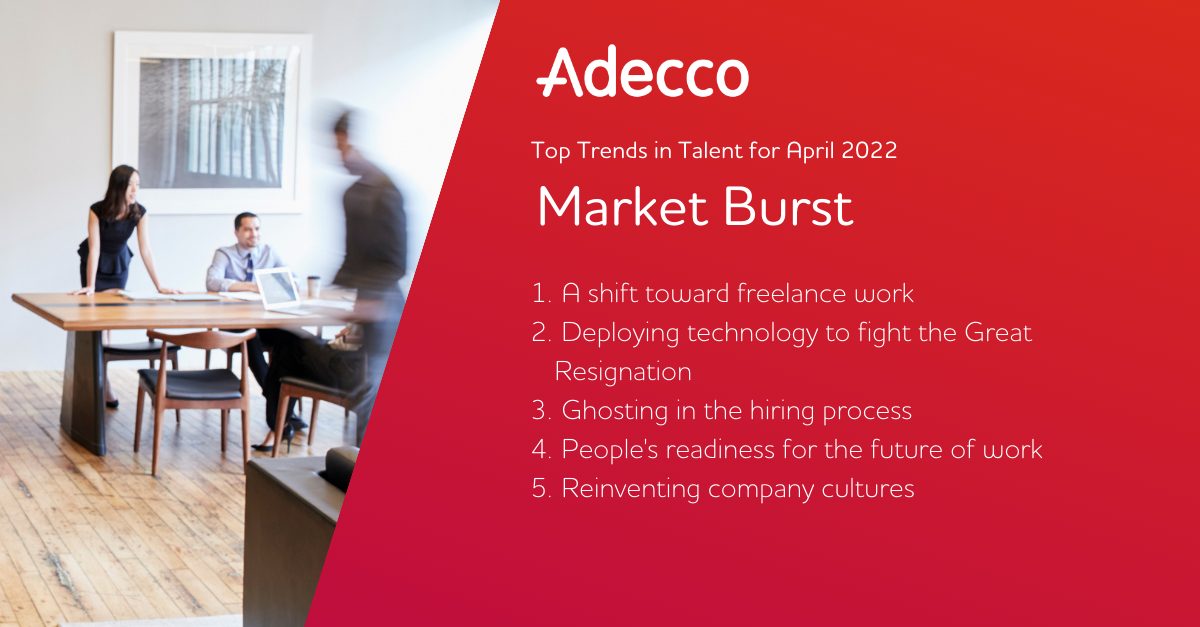 This month’s top trends in the world of work include: A shift toward freelance work Deploying technology to fight the Great Resignation Ghosting in the hiring process People’s readiness for the future of work Reinventing company cultures Download The Report Here