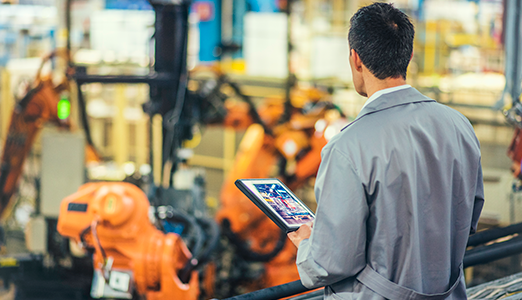 There is no doubt: Automation is omnipresent and impacting work across the globe. It is encouraging employees and job seekers to advance their hard skills—to embrace new opportunities working alongside automation or seek new roles because of it. It is forcing companies to make difficult decisions—to quickly implement more computerization and mechanization or cautiously evaluate it. And it is requiring governments to make careful considerations—to intervene and regulate or observe from afar.

Today in America, many jobs previously occupied by humans have been automated. Consider robots along automotive assembly lines, self-checkout in grocery stores, digital parking attendants in parking lots, and automated voice devices in customer service offices. Even here at Adecco, we use software to help our recruiters match candidates to job openings. By 2030—just over a decade away—the McKinsey & Company’s Global Institute projects that roughly 30% of the world’s work could be automated. Having said that, automation is also creating jobs and often higher-paying jobs.

We all hold opinions on automation, from how it affects us—or doesn’t affect us—but what about America’s workers? What does our workforce think about automation?

According to a survey by the Pew Research Center, 70% of America’s workers believe their jobs will not be automated during their lifetimes. That actually somewhat aligns with the McKinsey & Company’s data above. (By 2030, 30% of the world’s work could be automated.)

In our own report, “The U.S. Workforce Report,” we asked 1,000+ of America’s workers how automation has impacted their jobs. Here is an industry breakdown:

As you can see, the impact of automation spans multiple industries, to greater or lesser degrees. The main takeaway from the data is that the majority of America’s workers who have been impacted (already one quarter of the working population) have been impacted in a positive manner (77% +2% = 79%). A secondary takeaway from our survey sample is that more jobs have been eliminated due to automation (roughly 60 out of 1,000), compared to jobs that have been created by it (roughly 20 out of 1,000). Ideally, that trend will begin to reverse and/or those who lose their jobs use it as a catalyst to develop new skills for different careers.

The impending rapid growth in automation will undoubtedly alter the feelings of America’s workers. It will further change their model of work and force them—along with businesses and governments—to continue to adapt. Workers must accept that automation will affect them and enhance their skill sets so that technology becomes a part of their job, rather than a replacement for their job.

How is your business helping your employees adapt to automation? To successfully continue their careers in this new age of work. Perhaps that’s something we’ll discuss soon.